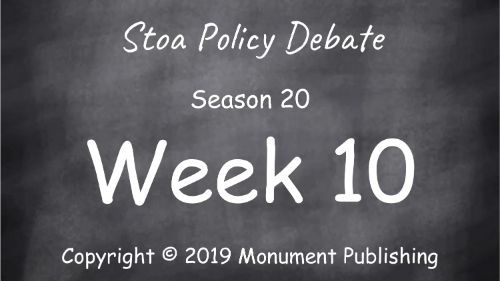 Case Summary: The poor are largely left out of the mainstream banking system.  This happens either because banks don’t find it profitable to open branches in poor communities, or else because banks charge big monthly fees or high service fees that end up getting their accounts closed when they can’t pay them.  Instead, the poor rely on non-bank “fringe” institutions (payday lenders, check cashing businesses, etc.) that charge large fees but only for each service  (not an ongoing fee to keep an account open).  Without reliable banking services that the rest of us take for granted, the poor spend up to 10% of their already meager income just to get access to that income.  They’re trapped in a cycle of debt and poverty.  Sen. Kirsten Gillibrand in 2018 offered a bill to have Post Offices offer small scale banking and financial services, ensuring access to banking in every zip code in the country at cost, without predatory pricing or profit concerns.  It’s not a new idea:  Most other industrialized countries have been doing it for a long time, and even the United States did it between 1911-1966.  Postal banking would bring the “unbanked” back into the system and in many cases rescue them from cycles of debt and poverty.  It’s hard to argue that it’s “unfair competition” with commercial banks, since banks don’t want these customers anyway and aren’t currently serving them.  The banks have nothing to lose and the poor have everything to gain.  And the Postal Service would net positive revenues from it, so taxpayers would lose nothing.