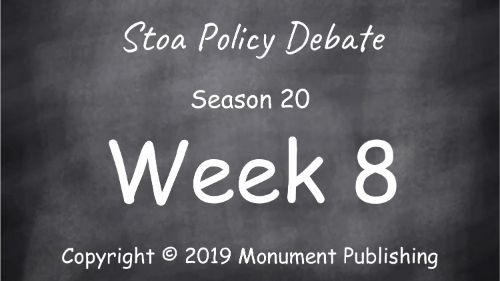 In the years leading up to the Great Depression, banks often performed two functions: they would provide commercial banking for consumers (what most of us use banks for) and making high-risk investments in buying stocks. When the stock market crashed, the commercial side of banks did as well, harming millions of American citizens who had nothing to do with the risky investments. To help restore the public’s faith in the banking system, the Glass-Steagall Act was passed, which forced banks to perform only one of these functions to protect against a crisis in one part of the financial system from spreading to another. For a long time, the legislation worked, and the economy thrived. But banks began complaining about overregulation, and Glass-Steagall was repealed in 1999. Many believe that this was one of the factors that caused or exacerbated the 2008 recession. The Affirmative philosophy is that we need to learn from the past. Without this bill, we’ve already had two financial crises. If banks want to make risky investments, that’s fine. But the American people should not be at risk if they don’t want to be involved. Reinstating Glass-Steagall would protect consumers and the economy far better than the Status Quo.

Kirstin competed in NCFCA in eight speech categories, as well as both Lincoln-Douglas and Policy debate. She ranked in the top 4 at Nationals in three speech events and advanced to debate finals at five tournaments, three of which she won. Her favorite accomplishment was receiving first place at Nationals her senior year in Impromptu. Kirstin is currently a student at Wheaton College majoring in music and enjoys running her own calligraphy business on the side.