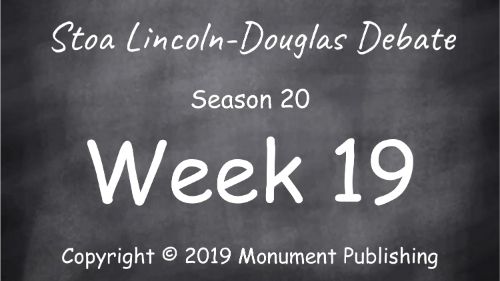 EDITOR’S NOTE: This is a change to how we typically write our Lincoln-Douglas cases. With the new rules passed down from Stoa, our writers were forced to tighten up their citation methods. Rather than resembling a classroom paper with footnotes and extrapolations on research, Stoa cases need to conform to stricter evidence standards reminiscent of policy debate cases. This week we will release value cases written in the same format as Monument’s policy cases. This is a higher standard that Monument is embracing, and though it is not required in other leagues, Monument will be enforcing them in Season 21 in all its releases (NSDA and NCFCA included).

Case Summary:  Overvaluing assimilation results in a society that denies the very freedoms that the Founders of our nation lived and died for.  Voting for assimilation over multiculturalism also condemns the Founding Fathers, who, after all, refused to assimilate into the dominant culture of North America (the American Indians) and insisted on maintaining their own values and language.  It also condemns the Amish, whose freedom to pursue their own language and culture we all celebrate.   And it condemns ourselves, given that none of us would abandon our cars, electricity, and cell phones, nor learn to speak 18th century German if we moved to Lancaster County, Pennsylvania – because we would refuse to assimilate to their ways even if we lived near them.  If you can’t or won’t practice a value yourself, then you certainly can’t endorse it by signing your name to a ballot that affirms it.