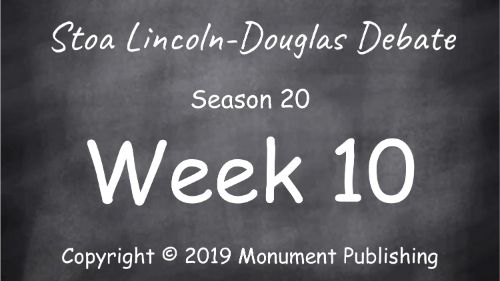 About "Justice For All (NEG)"

EDITOR’S NOTE: This is a change to how we typically write our Lincoln-Douglas cases. With the new rules passed down from Stoa, our writers were forced to tighten up their citation methods. Rather than resembling a classroom paper with footnotes and extrapolations on research, Stoa cases need to conform to stricter evidence standards reminiscent of policy debate cases. This week and next we will release value cases written in the same format as Monument’s policy cases. This is a higher standard that Monument is embracing, and though it is not required in other leagues, Monument will be enforcing them in Season 21 in all its releases (NSDA and NCFCA included).

Case Summary:  Overvaluing assimilation results in a society that tells large numbers of people that we won’t treat them fairly until they reach the standards of assimilation the dominant culture sets.  But when is “enough” assimilation “enough”?  And why would we wait until people reach such a standard (often a moving goalpost that is never “enough”) to treat them fairly and with dignity?  We shouldn’t, and demanding assimilation over multiculturalism violates justice and mistreats minorities.