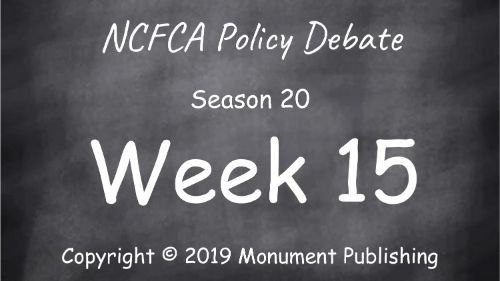 Nuclear power plants today run on uranium as their primary fuel in what is called the U-Pu cycle (Uranium to Plutonium). Some experts believe they could run better by using another element, thorium, instead, and an Affirmative plan will try to make this happen. That won’t work for several reasons. First, thorium has already been studied and governments have already tried to implement it. They never did because it was just too expensive to make it work as well as current reactors, and it would take a lot more research to figure out how to do it on a commercial scale. Also, thorium doesn’t solve all the problems AFF will claim it solves. It doesn’t solve for nuclear waste and it doesn’t solve for potential diversion/proliferation of nuclear materials into clandestine atomic bombs. And we don’t even need more electricity in the U.S. today anyway, and even if we did, natural gas would supply it cheaply.