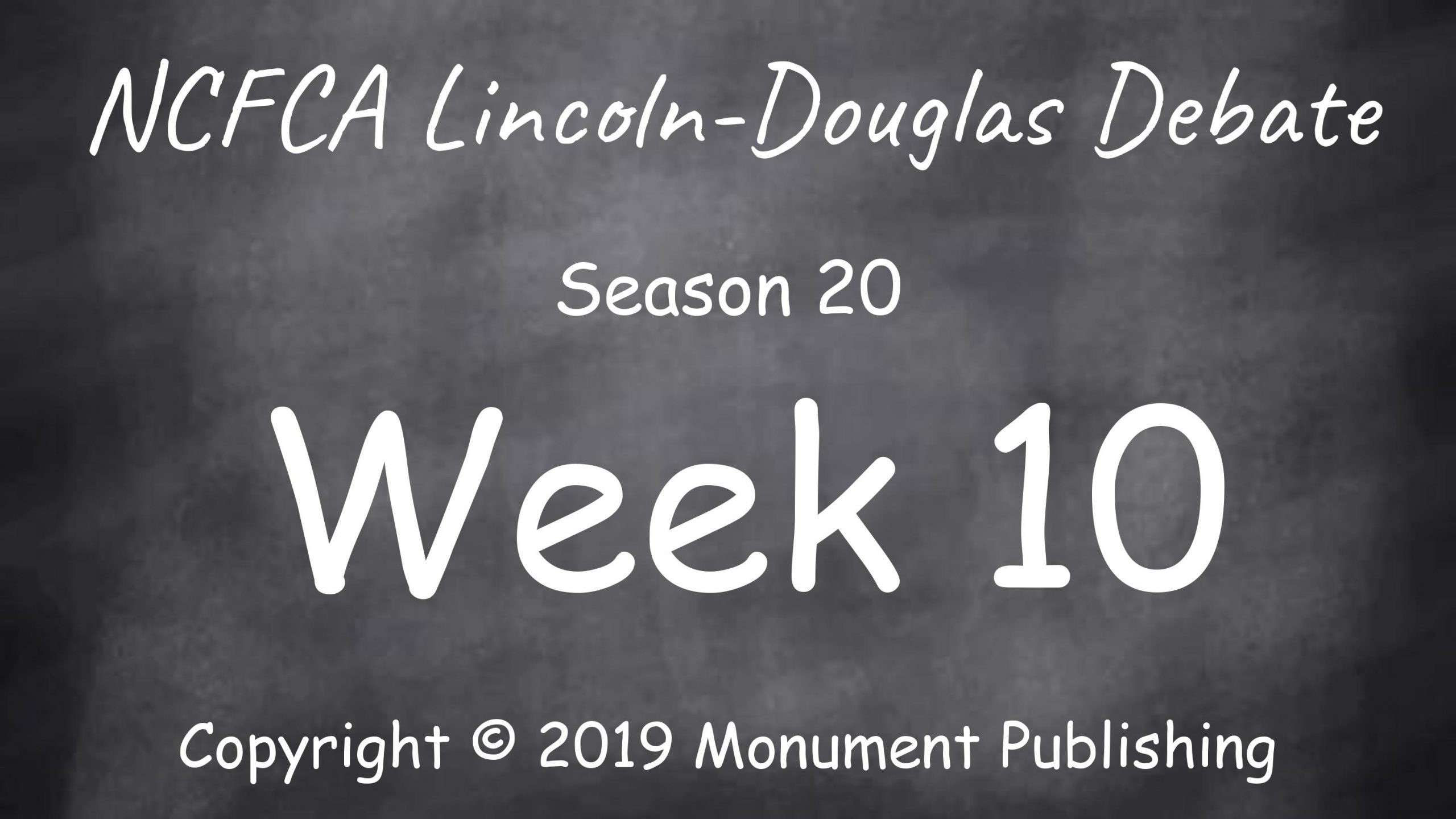 You’ll probably be thrown off by the value. “Wait, I thought the value was supposed to prove that preventive war is ethical,” you’ll say. And this is absolutely going to be most values this year, and that is absolutely fine. However, our resolution is different now than in years past. Typically, the resolution will read something like “Resolved: Thing X is more valuable than Thing Y.” That’s where we get our term value from, ‘valuable’. In this way, a value is something that is inherently important (valuable) to society. Whichever side, Thing X or Thing Y better achieves that value wins.

This year, there are two notable changes to this format. The first is that we only have Thing X, preventive war; there is no Thing Y. While you should keep that in mind, it’s not necessary for explaining my value. The second is that we lost our key word: ‘valuable’. What took its place? Ethical. Preventive war is ethical. Therefore, we are no longer arguing what is important for a society, as NCFCA did that for us. Instead, we are always going to be debating with the understanding that ethics is the most valuable thing for a society. So, by definition, our value is always technically ethics.

Often, this goes unspoken. When people say “my value is human rights,” they are really saying they are striving for ethics, there value, and that we will achieve that by protecting human rights, which is actually there criterion. This works for human rights, which sounds like a value, but if you’ve been in past years of Lincoln Douglas you’ll know that Just War Theory doesn’t sound like a value, as it doesn’t sound valuable. Likewise, judges will be very confused if you say “my value is Just War Theory.” I include three paragraphs on explaining my value because, in order to argue this case and a value of ethics, you must understand exactly why your value is ethics. You’ll undoubtedly face many cross-examination questions from people who think they’ve found an easy target, so be prepared to fend them off! For a simple refutation: A value is defined as what we are striving for, and by our resolution, that is ethics. I argue that we can achieve ethics with my criterion of Just War Theory, and you’ve argued that we can achieve it with [insert their value here].

For the rest of this introduction, let’s focus on Just War Theory. There are two things you need to do with just war theory to win the round.

First, you must win the right to use Just War Theory. Your opponent may argue government obligation, citizens’ rights, or a variety of other standards for testing the ethics of war. You need to prove your framework, Just War Theory, is better than whatever your opponent uses. One idea to get you started is to prove in cross-examination that a war can be unethical even if it passes your opponent’s test of ethics. That’s a big no no, and quite literally invalidates their test (I’m using ‘standard’ and ‘test’ instead of value as per the above sections). If a test of ethics is ever wrong, it is inherently wrong (Of course, you’ll have to prove that too). For an example of proving this, let’s say your opponent argues that preventive war is ethical because it aims to protect citizens’ rights. Then, you ask them if a government can ever ‘over-do-it’. Is a government ethically justified in killing off an entire country simply to protect their citizens’ rights? If your opponent says no, then their test is inadequate, and they’ve just contradicted it (there test would have said it was actually ethical)

Second, you need to win at least one, but hopefully both, of the tests. The first step to this is to make sure your judge knows what the tests are, and what they represent (duh). To do this, you should make it your goal to have your judge write both tests down. You probably don’t need extra words to do this, the case is designed to say everything for you. What you do need is emphasis. Dedicate yourself to making these tests clear.

In addition to getting your judge to write down the tests of JWT, you should also make sure they and your opponent are very clear on the rules of JWT: There are no passes or exceptions; if a war fails even one of the tests, it is unethical. In other words, you don’t need to prove both contentions, though you’ll be much safer on the ballot if you do.

Winning those tests is hopefully the easy part. The second test, last resort, is probably going to be clear-cut and argued using the definition. The first one is slightly more debatable, but stick to the arguments and taglines in the contention and you’ll be safe.